The customer said it was over-filled with oil and leaks when running.  I used my Smoke Wizard smoke machine to diagnose the leak and found it at the front crankshaft seal area. I advised the customer to replace the seal and the timing belt.  After removing the front end and the balancer, I found the oil seal pushed out of the front cover. The excessively high oil pressure forced it out.  I replaced the belt and the seal. What an oily mess! 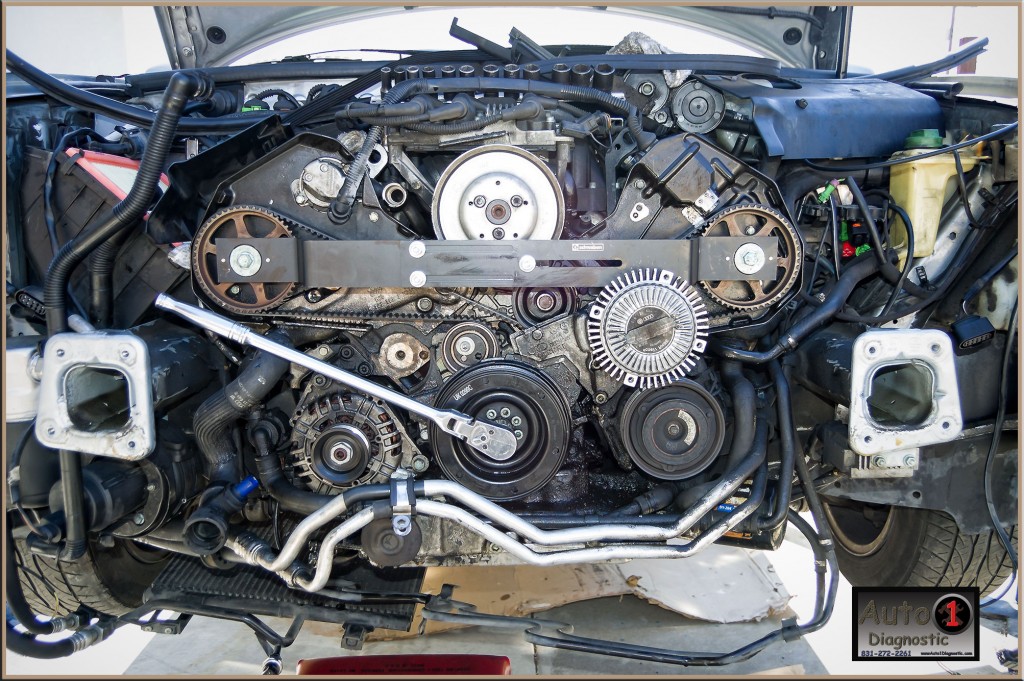 This is a 2003 Cadillac DeVille-DHS. The customer said that the tach and speedo had stopped working while driving. After some diagnostics and research, I found that the ignition 1 fuse had blown. Time to find the shorting circuit. It was necessary to isolate 7 circuit feeds from the ignition 1 fuse. The fault was intermittent and it took some time to isolate the 7 feeds down to the shorting circuit. Circuit isolation is the only way to pinpoint this type of fault when a single fuse feeds power to multiple components within the system. After narrowing it down to the rear integration module (RIM) and the rear object sensor control module (ROSCM) circuits, I was able to find that the harness rubbed through in the right rear sail panel pinch weld area and was shorting the power feed wire to the rear object sensor control module. The scan tool had communication with the module until the fuse would blow. 4 modules would stop communicating. The  MIL lamp would also shut off. This looked like a PCM fault at first glance and very well could have lead to false PCM replacement, if not for diagnostic due diligence.

This one was a true automotive bug hunt.

Today’s fun job is an Audi A4 driver’s window problem.  The customer’s concern is that the driver’s power window binds and stops working.  Removal of the driver’s door panel revealed a faulty window regulator. This one is a big job and requires complete door frame and window removal to get the regulator out. Due to the extent of labor costs and the complexity of this job, I advised the customer to only use a factory replacement power window regulator. This assures a quality repair with a nationwide, Audi factory 12-month/12K-mile warranty.

This is the added benefit of buying a factory (OEM) replacement part. 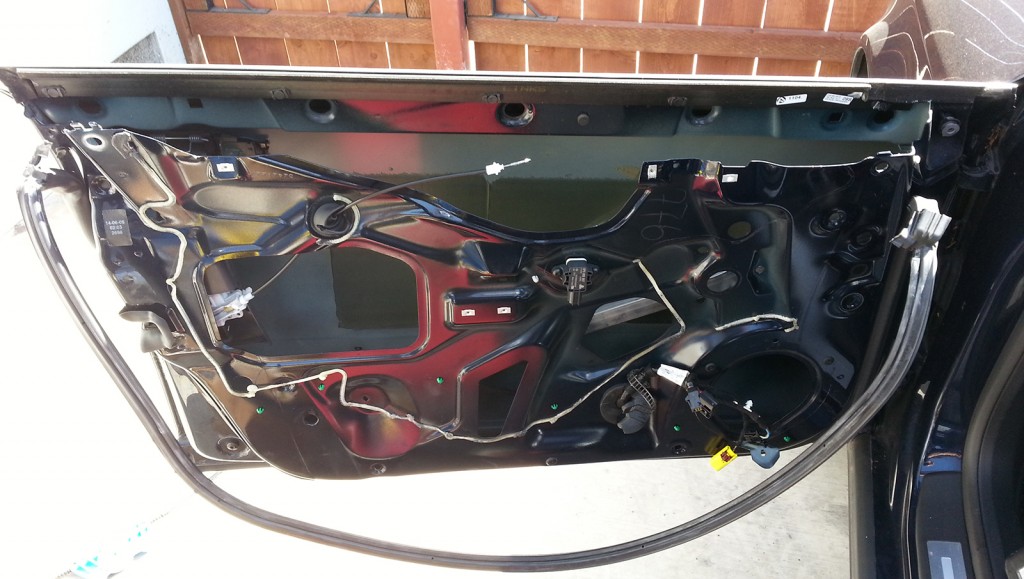 Regular Business hours are Monday to Saturday from 8AM to 6PM